When you’re in an auto accident, you might not want to call an attorney. You may have a lot of reasons why you hesitate, thinking, “It’s not that big of a deal. Why should I call a rear end accident attorney?” The bottom line is: you never know why you might need one, but you might.

Depending on the laws in your state, or the state where the accident occurred, rear-end collisions might be handled differently than other types of collisions. According to many states, a driver to hits another from the rear (while driving behind them) is nearly always at fault for causing the collision – the assumption is, that the driver was following too closely to the car ahead to stop safely in time. However, some insurance companies do not regard this to be an automatic factor in the equation, and they may pay less, or refuse to pay out at all, to drivers in rear-end collisions, even if someone was injured during the accident.

You never know when you might need a rear end accident attorney, until you already need one. So, on the day of the accident, it’s best to be prepared as if you will be calling an attorney immediately.

If there has been a rear end collision, especially one that was severe enough that it resulted in injuries, call the police from the scene of the accident. If someone one the scene needs medical attention, get medical assistance there right away, and make sure that you give full and thorough reports of the accident to the police when they arrive. Include everything you can remember about the speed you were going, what happened immediately before the accident, the direction you were travelling, any other witnesses who might have been on-scene, and especially the weather conditions. A full and accurate police report can be very important to a rear end accident attorney when they are fighting your case. 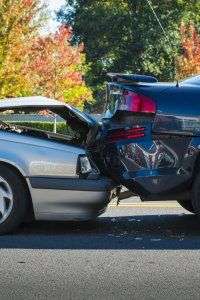 You don’t need to be a world-class photographer or anything. Just use your smart phone or a disposable camera to take pictures of the vehicles from as many angles as possible. Take pictures of the damages from close up as well as the accident from far away and take both close up and large-scene pictures of any injuries as well. If medical staff begin attending to someone at the scene, make sure to ask them if they would please document the extent of the injuries with photos.

Many cars today are equipped with GPS or other internal computer chips that can be collecting important data about the car’s performance. Some insurance companies monitor the data and adjust in 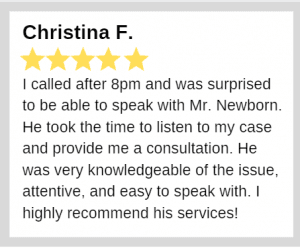 surance claims based on hard braking incidents, the recorded speed of the vehicle at the time of an accident, or other data they can pick up from your smart car’s integration. (Some cars can even report to the insurance company if the passengers were wearing their seatbelts or not!) So, if you have a smart car, tell the police when you make your report. Note the exact time of the accident so you can have your insurance company or car manufacturer pull the records. And tell your rear end accident attorney when you call to schedule your consultation. All that data should be put to your good use if you go to court. 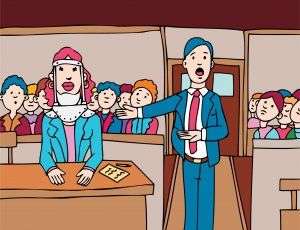 Rear end accidents can land you in court. Help your attorney be prepared.

After an accident, nobody assumes they’ll end up in court. They assume everything will be fine. The medical bills will get paid for. The insurance will cover damages and costs associated with the accident. The reality is, that happens far less than the insurance companies would like you to believe. From the moment after the accident happens, act as if everything will end up in court. Think ahead. Document and take notes. Don’t let anyone tell you “how things are” – find out for yourself. Because when something goes wrong – the insurance company denies your claim, the other driver says the accident was your fault and you have to prove otherwise, your medical insurance and car insurance combined aren’t enough to cover the cost of medical needs – you will end up in court. That’s when your rear end car accident attorney will thank you for being so prepared.

Doug understands how to manage multiple areas of the law while bringing efficiency and a unique personal touch. In other words, you won’t be our only client, but our goal is to make you feel like you’re our only client.

Doug understands how to manage multiple areas of the law while bringing efficiency and a unique personal touch. In other words, you won’t be our only client, but our goal is to make you feel like you’re our only client.